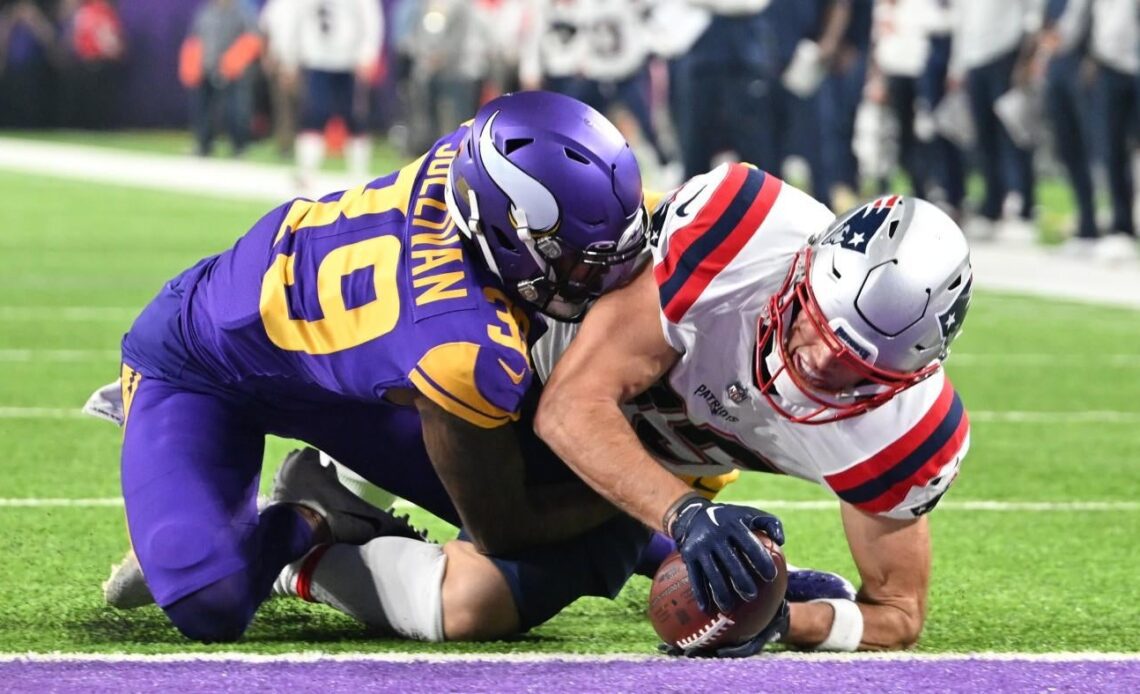 On Thanksgiving night, the New England Patriots and Minnesota Vikings battled it out in a back-and-forth game that went down to the wire. After the 33-26 Vikings victory, there was one play in particular that kept being brought up, a Hunter Henry touchdown that was called back, after it was ruled he did not maintain possession as he hit the ground. The Patriots tight end was visibly upset after it was reversed and he maintains that it should have been a catch and score.

Patriots quarterback Mac Jones targeted Henry for the six-yard catch on third-and-goal. Henry caught the ball and reached over the goal line, but referees ruled that as he went to the ground the ball was bobbled in his hands.

The U.S. Bank crowd erupted over the decision, but Henry was less than thrilled, waving off the fan noise. Henry explained his stance to reporters following the loss.

He added that he wants to “really look at it in the film room, and just try to be better and control the ball all the way through so there’s not even a question.”

Patriots coach Bill Belichick was also asked about the call after the game, but he deflected the question.

“Why don’t you guys go to them with your pool reporter and ask them about the play? Isn’t that what you do?” he asked.

So, NFL senior VP of officiating Walt Anderson was asked about the play, and gave his reasoning for why it was ruled an incomplete pass.

The Patriots had to settle for a field goal, which seemed to be the story of the game. They had ample opportunities to score in the red zone, but settled for four field goals in the loss.

“We have to move on from that [overturned] play and play the rest of the game. There was plenty of time left,” Jones said….