The good, the bad and the ugly from NFL on Thanksgiving: Cowboys TEs dominate, Patriots special teams struggle 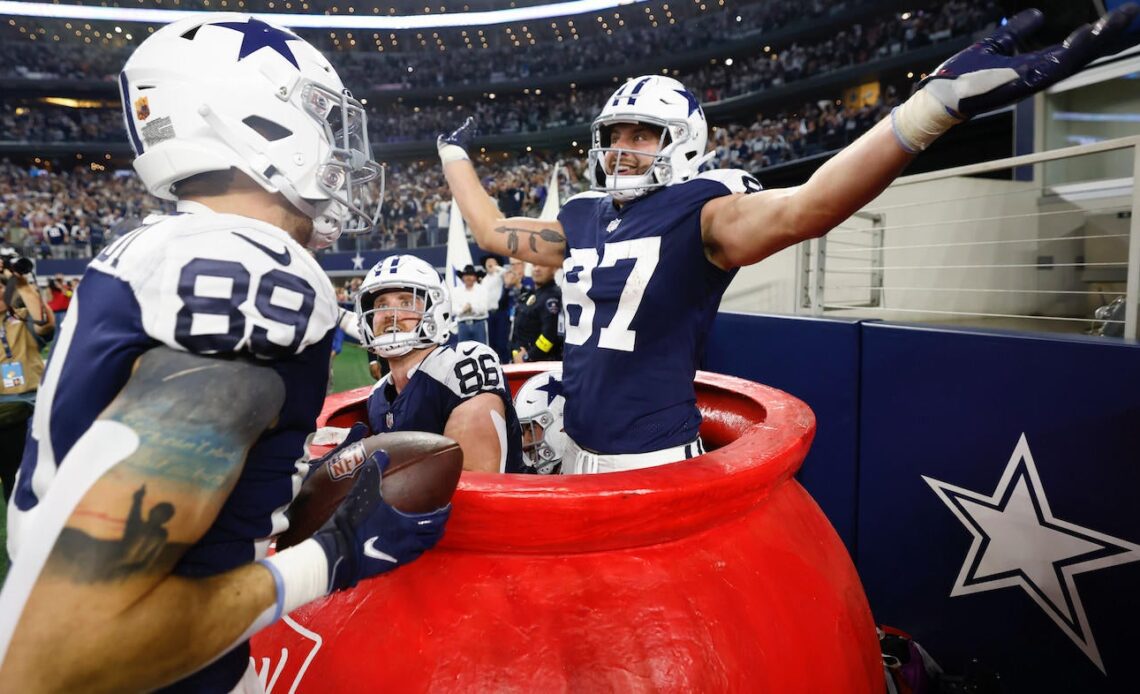 There was plenty to feast on in the NFL this Thanksgiving. The Detroit Lions took the Buffalo Bills down to the wire before losing, 28-25, the Dallas Cowboys came back to defeat the rival New York Giants, 28-20, and the Vikings outlasted the Patriots en route to a 33-26 win.

With every Thanksgiving feast comes the good, the bad, and the ugly. For me, the stuffing this year was incredible, but the corn pudding was a little burnt. As for grandma’s peanut butter soup, that was the ugly part of Thanksgiving. Not sure what she was thinking there, but I appreciate the attempt to shake things up.

Below, we will break down the good, the bad, and the ugly from the three NFL games we digested on Thursday.

It was the Lions offense that showed more consistency on Thursday compared to the Bills’ high-powered attack. Detroit came into this matchup on a three-game win streak and the main reason why was because of the offense. Detroit scored the first touchdown of this matchup and even held a 25-22 lead with just 23 seconds remaining. Unfortunately, the defense let the offense down, as a 36-yard Stefon Diggs catch got Buffalo into position for the game-winning field goal.

Jared Goff completed 23-of-37 passes for 240 yards and two touchdowns, while Jamaal Williams rushed for 66 yards and a score. Amon-Ra St. Brown dominated from the wide receiver spot, as he recorded nine catches for 122 yards and one touchdown. While Detroit went 6 of 15 on third downs, it went a perfect 3 of 3 on fourth downs. The Lions didn’t do everything right this holiday, but the offense almost out-scored the Super Bowl favorites on a national stage.

There were some pretty costly missed kicks in this matchup. Michael Badgley came into Thursday a perfect 3 for 3 on field goals in five games played for the Lions, but he missed a 29-yard field goal late in the third quarter which would have cut the Bills’ lead to just two points. If he converted that chip shot, things may have gone very differently. Even worse, Tyler Bass missed an extra point with 2:40 remaining in the fourth quarter that would have given Buffalo a four-point lead. Instead, the Lions were able to tie the game with 23 seconds remaining. Bass did get a chance at redemption, however, and came through with the 45-yard game-winner. However, his first extra point miss since 2020 is something…