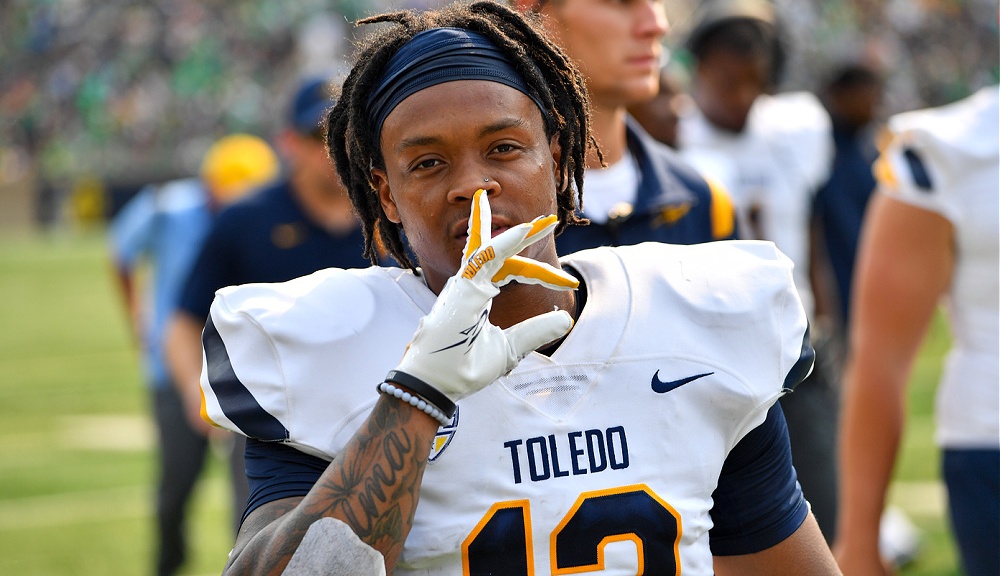 Toledo vs Western Michigan How To Watch

Why Toledo Will Win

The Rockets already have their spot in the MAC Championship locked up, but they’re going to care after a sloppy 42-35 loss to Bowling Green last week.

The passing game worked against the Falcons and continues to be steadily great, but the turnovers have to stop.

It’s an easy formula. Don’t give the ball away, win. Toledo is 7-0 when it doesn’t turn it over multiple times, and it’s 0-4 when it does. It’s got the talent and ability on both sides of the ball to overcome the mistakes, but it doesn’t seem to work out when it screws up, and …

Why Western Michigan Will Win

It’s been a disastrous season offensively, but the defense hasn’t been all that bad overall. It can be run on , but it doesn’t get gouged. The pass rush is good enough to hold firm on third downs, the secondary hasn’t allowed more than 200 yards in weeks, and …

The takeaways. The offense might stall and sputter, but the defense provides the chances with eight takeaways in the last three games and two or more in in five of the last seven games.

Again, Toledo has a problem when it starts screwing up. It’s going to want to get to prepping for the MAC title game. This is Western Michigan’s chance to close out this bizarre year with something positive.

The problem is that Toledo needs to get its mojo back after the loss to Bowling Green. The other…