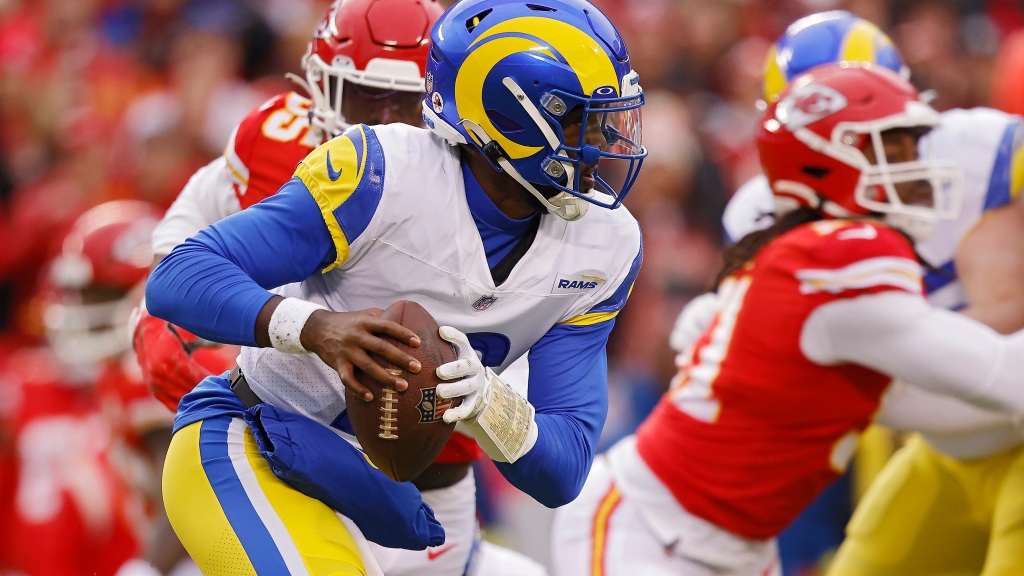 Bryce Perkins joined the Rams as an undrafted free agent in 2020 and has managed to stick around for two-plus years. That hard work and perseverance paid off with his first career start on Sunday against the Chiefs.

He also scored his first career touchdown in that game, coming up clutch on fourth-and-2 to keep things interesting for the Rams, who were massive underdogs coming in. Perkins hit Van Jefferson for a 9-yard touchdown over the middle, pulling the Rams to within 10 points of the Chiefs.

Perkins could get more opportunities moving forward if Matthew Stafford remains out, but if Stafford returns, at least Perkins added a touchdown to his resume.