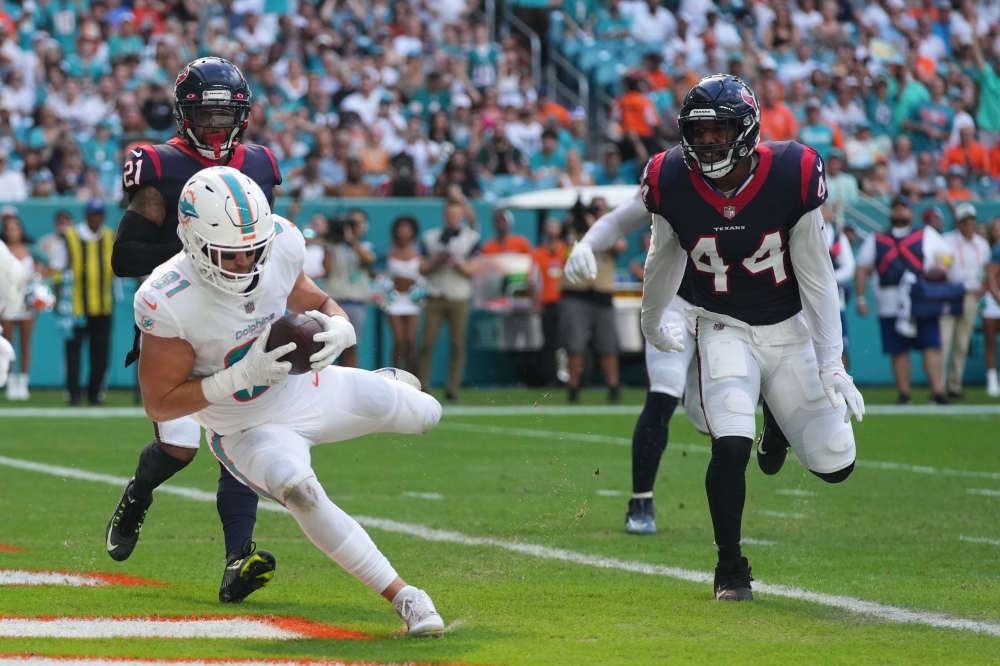 Miami Dolphins left tackle Terron Armstead left Sunday afternoon’s matchup against the Houston Texans before halftime, and it was reported that a pectoral injury would keep him out for the remainder of the game.

While Miami didn’t need him to hold off Houston with a 30-point lead, it was evident that he was missed on the field.

Now, according to NFL Network’s Ian Rapoport, we have a diagnosis for the injury. Rapoport is reporting that the injury is a pectoral strain that will cause Armstead to miss time.

#Dolphins LT Terron Armstead suffered a pec strain, per me and @TomPelissero, that is not as bad as originally feared. He’ll miss some time, but the hope is he would be back on the field at some point relatively soon. Armstead has played through a lot in his career…

It will be interesting to see what Miami ends up doing against the San Francisco 49ers this week, with right tackle Austin Jackson also going down. Brandon Shell and Greg Little, who have both had opportunities to play this season, will likely be the replacements, but there’s still a question of who will play where.