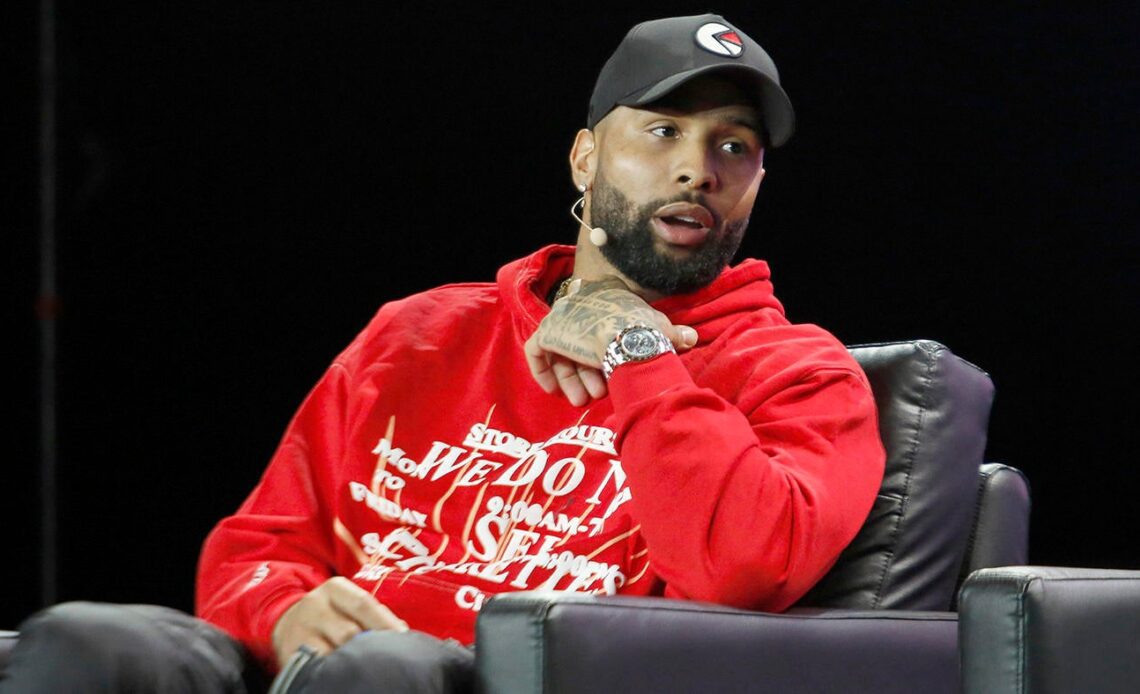 Days before the official start of his in-season free agency tour, Odell Beckham Jr. has been grounded, literally. Set to travel from Miami to Los Angeles, the wide receiver was removed from an American Airlines flight on Sunday after an incident with the flight crew, according to the Miami-Dade Police Department:

At approximately 9:30 a.m., officers from the Miami-Dade Police Department were dispatched to a medical emergency at an American Airlines flight. The flight crew was concerned for a passenger (Mr. Odell Beckham), as they tried to wake him to fasten his seat belt, he appeared to be coming in and out of consciousness, prior to their departure. Fearing that Mr. Beckham was seriously ill, and that his condition would worsen through the expected 5 hour flight, the attendants called for police and fire rescue. Upon the officers arrival, the flight crew asked Mr. Beckham several times to exit the aircraft, which he refused. The aircraft was deplaned, at which time Mr. Beckham was asked by the officers to exit the plane, and did so without incident. Mr. Beckham was escorted to the non-secure area of the terminal by the officers where he made other arrangements.

Officers were initially dispatched to the airport for a “medical emergency,” with Beckham allegedly appearing to “come in and out of consciousness” while seated on the plane before the scheduled takeoff. Eventually, the aircraft was deplaned, and Beckham was escorted off — and through the airport — without incident.

The American Airlines crew was “concerned for … Beckham as they tried to wake him to fasten his seat belt,” the police said. “Fearing that Mr. Beckham was seriously ill, and that his condition would worsen through the expected five-hour flight, the attendants called for police and fire rescue.” Upon arrival, the officers allegedly asked Beckham several times to exit the plane, and the wide receiver refused. After all the other passengers were deplaned, however, Beckham agreed to exit and was seen walking with a police escort out of the gate area and into the terminal, “where he made other arrangements.”

Beckham was not officially cited or detained as part of the incident. Several people alleging to be on his flight, however, complained on social media about his behavior causing a delay. American Airlines released the following statement: “Flight 1228, with service from Miami to Los Angeles,…