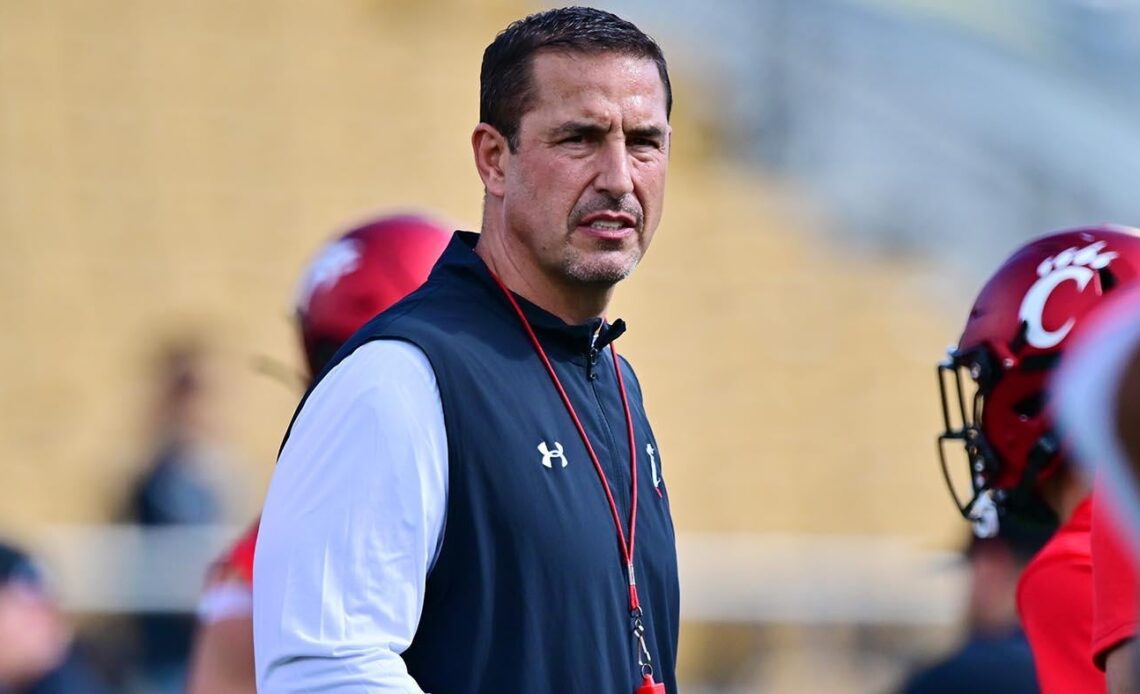 Wisconsin has made a splash hiring Cincinnati‘s Luke Fickell as its next head football coach, the program announced Sunday evening. The stunning development comes after the Bearcats and Fickell finished their regular season with a loss to Tulane on Friday while the Badgers wrapped up a 6-6 season with a 23-16 home loss to Minnesota on Saturday.

“This is a destination job at a program that I have admired from afar for years,” said Fickell in a statement. “I am in total alignment with [athletic director] Chris McIntosh’s vision for this program. There is a tremendous foundation here that I can’t wait to build upon. This world-class university, athletic department and passionately loyal fan base all have a strong commitment to success and I can’t wait to be a part of it.”

“I am incredibly excited to announce Luke Fickell as our new head football coach and to welcome his entire family to Madison,” McIntosh said. “Luke is one of the top football coaches in the country. He is a proven winner, recruiter and developer of players. Equally as important, he shares our values. Coach Fickell is focused on giving our student-athletes the best opportunities possible and is attuned to the changing landscape of college athletics. I have every confidence that he will respect and honor the foundation that has been set for our football program over the years while embracing the exciting opportunities ahead.”

Wisconsin fired Paul Chryst in early October, ending a tenure that saw the former Badgers player and assistant go 67-26 across eight seasons. Defensive coordinator Jim Leonhard, another former Wisconsin standout, was named the program’s interim coach and long considered a candidate to be elevated to full-time status at the end of the season. Under Leonhard’s leadership, the Badgers went 4-3 to finish the 2022 season.

Fickell has deep Big Ten ties as a former Ohio State player and long-time Buckeyes assistant coach, even serving as the team’s interim leader in the wake of Jim Tressel’s dismissal in 2011. He continued as Urban Meyer’s defensive coordinator from 2012-16 until he was hired by Cincinnati, where he has elevated the Bearcats into one of the top program’s in the AAC ahead of the school’s move to the Big 12 in 2023.

After going 4-8 in his first season, Fickell was named AAC Coach of the Year in 2018 after leading the Bearcats to only their third 11-win season in program…