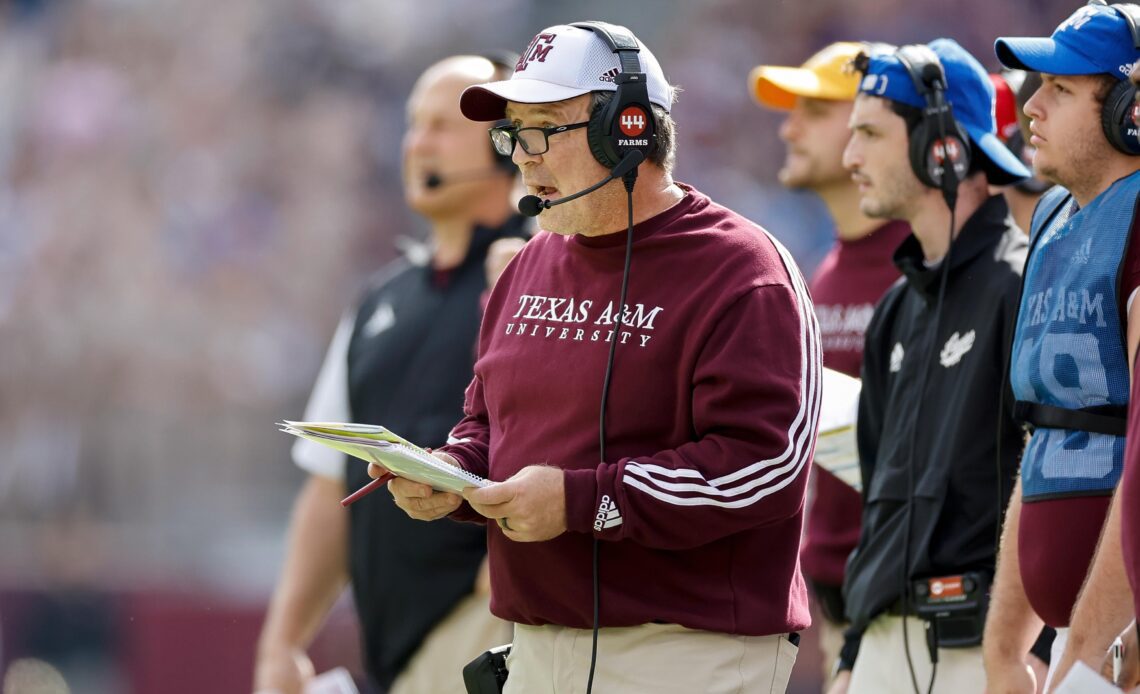 Texas A&M has fired offensive coordinator and tight ends coach Darrell Dickey after five years with the program, the university announced Monday. The dismissal clears the way for a potential offensive coordinator who will call plays under coach Jimbo Fisher, who enters a critical offseason for the Aggies ahead of 2023.

While Dickey and Coley nominally held the titles, Fisher clearly took the lead on play-calling and quarterbacks duties; he has long been referenced as a quarterback whisperer after with three first-round draft selections at the position, including Heisman Trophy winner and national champion Jameis Winston. Dickey was primarily around for input and game-planning purposes.

However, Fisher’s offenses have careened over the past two years after losing quarterback Kellen Mond to the NFL. The Aggies limped to No. 56 in scoring offense in 2021 with quarterback Zach Calzada at the helm before bottoming out at No. 101 at just 22.8 points per game in 2022. The Aggie went 5-7 in 2022 to miss a bowl game for the first time since 2008. Prior to Fisher, Texas A&M had never finished a regular season worse than 7-5 in the SEC era.

Prior to Texas A&M, Dickey worked at Memphis from 2012-16 and has a lengthy career in the state of Texas. He was the coach at North Texas from 1998-2006 and also had stints as an assistant at UTEP, SMU, Texas State, LSU and Mississippi State.

New staff on the way?

Dickey’s firing creates a staff opening on offense that is expected to be filled by a new offensive coordinator. After a miserable 2022 season, there will be pressure for Fisher to hand over play-calling responsibilities to a new voice.

However, there’s little clarity of what direction Fisher might go to revamp the offense. Names like TCU’s Garrett Riley, North Carolina’s Phil Longo or Tennessee’s Alex Golesh may sound attractive, but would Fisher completely abandon his offensive philosophy to push tempo? Or, will Fisher try and find an assistant that will…