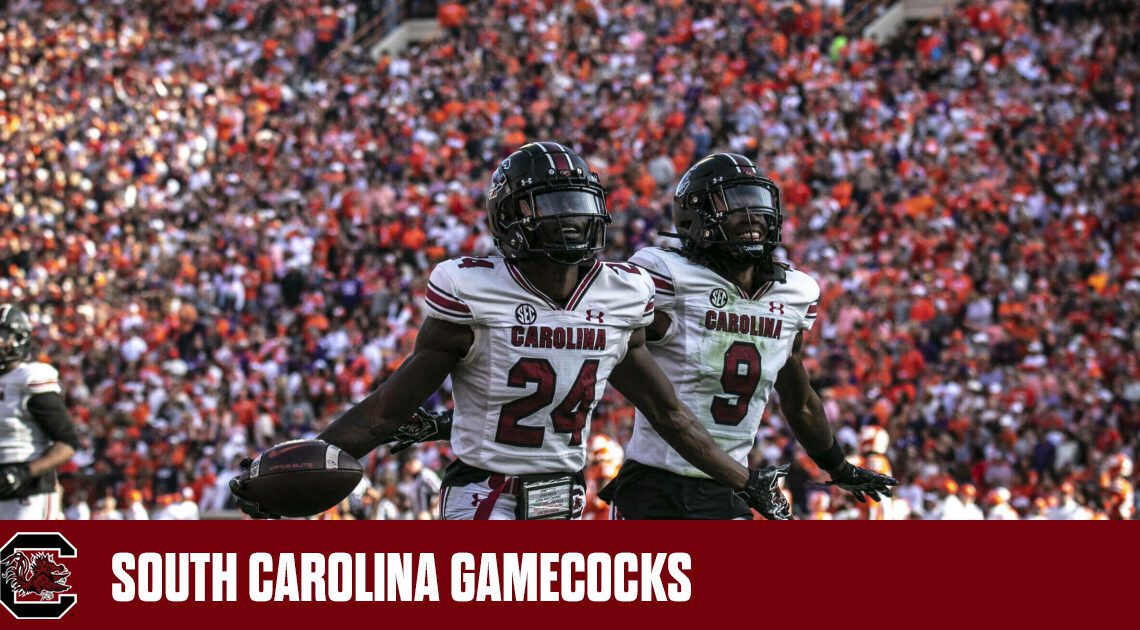 University of South Carolina punter Kai Kroeger was named the SEC Special Teams Player of the Week and cornerback Marcellas Dial was selected as the SEC’s co-Defensive Player of the Week following the Gamecocks’ 31-30 win over No. 7/8 Clemson on Saturday, the conference office announced today.

Kroeger, a 6-4, 207-pound junior from Lake Forest, Ill., showed again why he’s one of the top punters in the country and a semifinalist for the Ray Guy Award. Kroeger booted seven punts for a 53.7-yard average, including three of 60-yards or more with a long of 63, in the Gamecocks’ 31-30 win over No. 7 Clemson. Five of his seven punts pinned the Tigers inside the 10, including three inside the 5, as the Gamecocks netted 48.6-yards per punt.

It was the second time this season that Kroeger has been honored by the SEC for a weekly awarad. A six-time member of the “Ray’s 8” this season by the Ray Guy Award, Kroeger was named the SEC’s co-Special Teams Player of the Week following his performance against Vanderbilt earlier this year.

Dial, a 6-0, 192-pound redshirt junior from Woodruff, S.C., was targeted 11 times, according to PFF, in the Gamecocks’ win on Saturday. He allowed just one completion for 11 yards while recording three pass breakups and one interception. He was also credited with two solo tackles, as the Gamecock defense held Clemson to just 8-of-29 passing for 99 yards. In the second half, Clemson was just 3-of-16 passing for just 13 yards including Dial’s fourth-quarter interception.

No. 20/20 South Carolina (8-4, 4-4 SEC) has wrapped up its regular season and awaits its bowl destination and opponent, which will be announced on Sunday, Dec. 4.