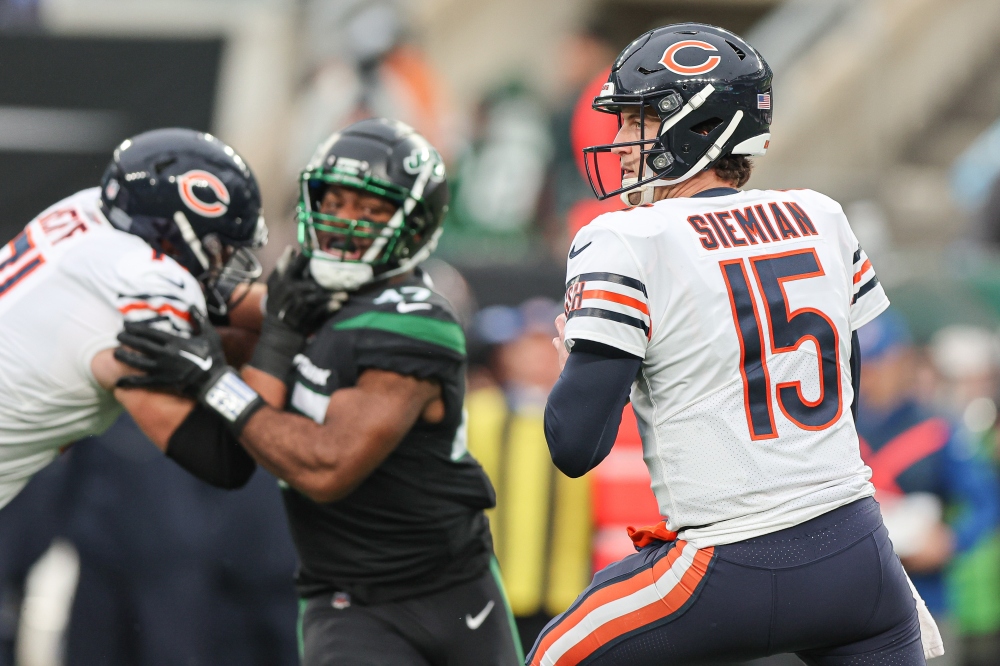 The Bears suffered a slew of injuries during Sunday’s blowout loss to the Jets, including to some key starters.

“He’s likely to have surgery and he’ll be done for the season,” Eberflus said. “It’s unfortunate.”

It’s a huge blow for the Bears’ receiving corps, which already lacked established talent. Mooney was Chicago’s leading receiver with 493 yards on 40 catches with two touchdowns in 12 games.

Safety Eddie Jackson suffered a non-contact foot injury in the loss. Eberflus isn’t sure whether Jackson’s injury is season-ending. There should be an update on Wednesday after Jackson meets with doctors.

Jackson has been one of the most pleasant surprises on the roster this season, bouncing back after some disappointing seasons. He has four interceptions on the season, and he’s emerged as a defensive leader following the departures of Roquan Smith and Robert Quinn.

6 Takeaways following the Bears’ loss to the Jets


Bears report card: How we graded Chicago in their Week 12 loss vs. Jets