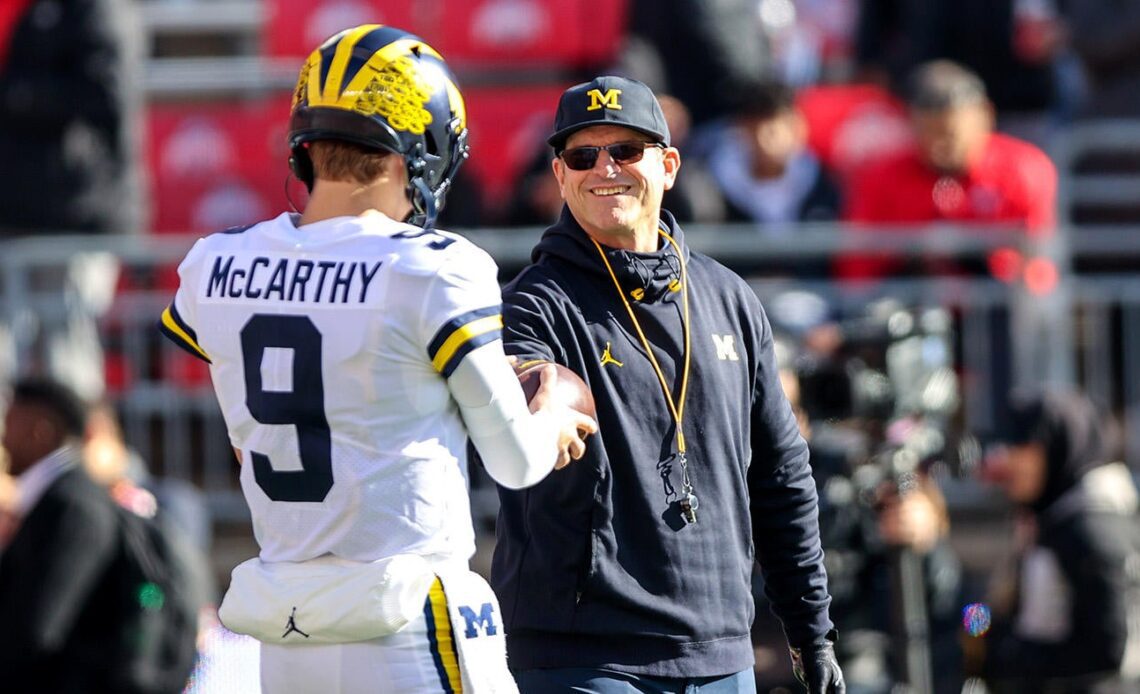 On a typical National Signing Day, a college football coach is in their office, watching and listening to a fax machine purr with signed letters of intent streaming in from the players they’ve helped convince to join their program for the last two or three years. The coach celebrates with his staff, talks to the players before finding time to tell the assembled media how excited they are for the class, finishing with something along the lines of: “It’s time to get to work!”

Jim Harbaugh didn’t do that back in February. The Wolverines coach, who has always danced to the beat of his own drum, found a song nobody had ever heard before. He wasn’t in Ann Arbor. He wasn’t even in the state of Michigan. Instead, he was in Minnesota interviewing for a job with the Minnesota Vikings. On National Signing Day. Considering the timing, it felt like a strong indication that Harbaugh was finally doing what rumors had suggested every offseason: returning to the NFL.

The timing, though odd, made sense. Michigan was coming off a Big Ten title and College Football Playoff appearance. Harbaugh had finally slain the Ohio State dragon perched on his shoulder. Harbaugh ultimately wasn’t offered the Vikings job and said he was done with the NFL, but the interview had an impact. A week later, Michigan offensive coordinator and Broyles Award winner (given to the top assistant in the country) Josh Gattis left to become the offensive coordinator at Miami. A week before the interview, the defensive coordinator that helped revitalize the Michigan defense, Mike Macdonald, returned to John Harbaugh and the Baltimore Ravens from whence he came.

The Wolverines would lose a lot of key players from the team to the NFL Draft a few months later. It was fair to wonder if, given the turnover on the staff and roster, 2021 wouldn’t prove to be an outlier season or at least an exception to Ohio State’s rule. Then, despite the NFL interview, despite new coordinators on both sides of the ball (we still don’t know who is calling plays on offense), a new starting QB and new stars on defense, Michigan did it again. It beat Ohio State convincingly, and this time it did it on the road, without its star running back and on a perfect fall afternoon.

It’s not an outlier. It’s not a program peaking at the right time to take advantage of a team that’s better than it is. It’s simply a team built to do what it’s doing….