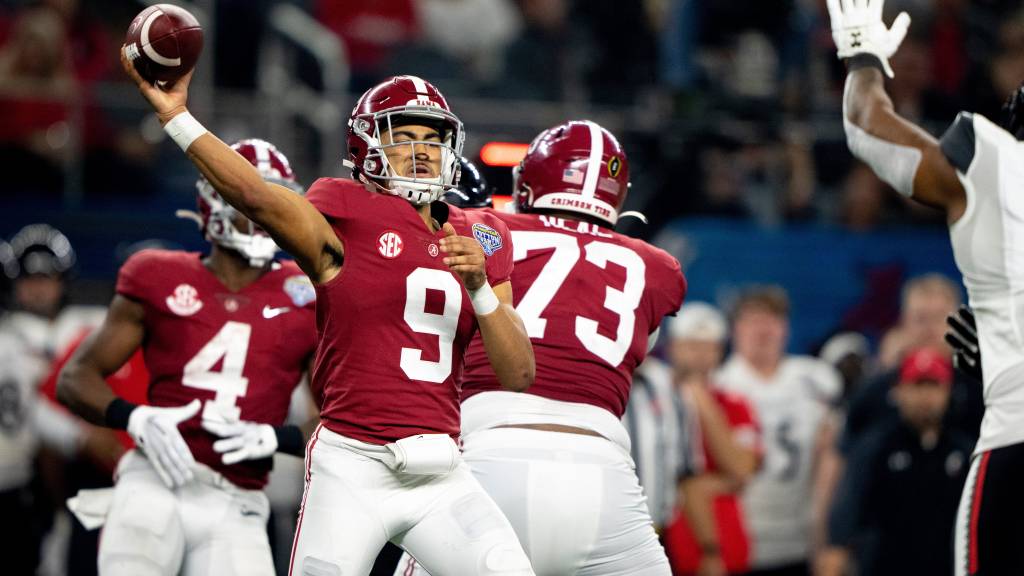 For some reason or another, there has been an influx of 2023 mock drafts already this year. And when it comes to the New York Giants, each projection has been exactly the same: Kentucky quarterback Will Levis.

But Pro Football Network finally — mercifully — bucked that trend this week when Oliver Hodgkinson released his most recent mock. However, he did keep the Giants in the quarterback camp.

After making additions to their WR room and offensive line this spring, if the New York Giants are selecting in the Top 10 again next April then we may finally have the answer to whether Daniel Jones is the long-term future of the franchise. There’s only so many consecutive seasons of failure that you can file away under “giving him a fair chance to succeed.”

Alabama QB Bryce Young should give the Giants more than a fighting chance to succeed. While he’ll battle size concerns during the 2023 NFL Draft cycle, Young is a born leader who is more than up to the task of leading a team under extreme pressure. Young’s poise for his age is uncanny. Not only does he possess sufficient arm strength to drive the ball downfield, but his ball placement is frequently impeccable.

The selection of Young comes with C.J. Stroud off the board. All other quarterbacks were available, which is another new wrinkle to PFN’s latest mock. That had not been the case previously.

Finally, in Round 2, the Giants address an undeniable need with the selection of Penn State cornerback Joey Porter Jr.