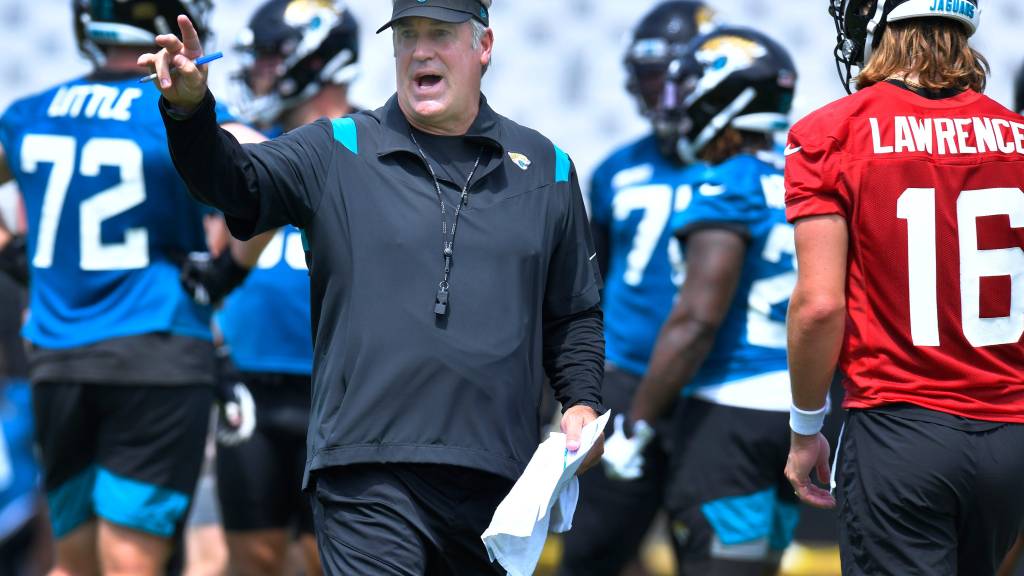 The Jacksonville Jaguars made a lot of moves in free agency to help both their offense and defense. That led to them spending the most guaranteed money in the history of the NFL after the team needed many upgrades coming off a horrendous 2021 season.

However, none of the roster transactions may end up being better than the coaching change they made when they fired Urban Meyer and replaced him with Doug Pederson. With Meyer being a key reason for a dysfunctional workplace where many weren’t treated fairly, it was clear a change was needed as it became hard for the team to focus on football.

In Pederson, the Jags are getting a coach who is way more equipped to be an NFL coach as he was a former player, head coach, and longtime assistant of Andy Reid. Additionally, he was able to win a Super Bowl during his last stint as a head coach with the Philadelphia Eagles, who he was able to shock the football community with in 2017.

Many of those reasons explain why Pederson was ranked just outside of the top 10 in Pro Football Network’s 2022 coaching power rankings, coming in at the No. 11 spot. Here is what their lead NFL reporter Mike Kaye had to specifically say about Pederson, who will come into 2022 with a 42-37-1 record:

Doug Pederson essentially fired himself when he recommended an underwhelming staff to Philadelphia Eagles owner Jeffrey Lurie last year. Now, after a year on the sidelines, Pederson is getting a second chance to lead a team to the Super Bowl.

Following the awful Urban Meyer era, Pederson is the right leader to mend fences in Jacksonville’s locker room. Pederson is only a year removed from a five-year tenure that saw him make the playoffs three times, win two division titles, and a Lombardi Trophy.

Kaye ranking Pederson this high is interesting because he started covering the Eagles in 2018 during Pederson’s first stint as a head coach. As a…