A Note to the Bolt Fam, from New Chargers Senior Writer Eric Smith 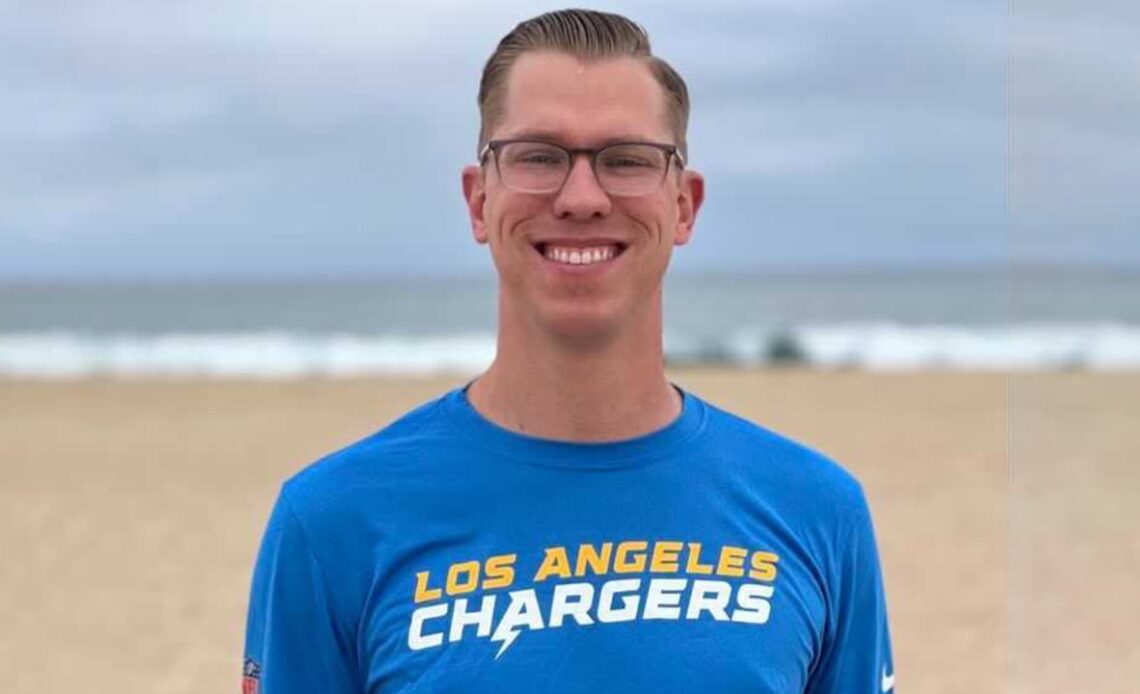 Watching the AFC West from afar this offseason, it seemed like each day was wilder than the day before.

Russell Wilson joined the Broncos, the Raiders added Davante Adams and the Chiefs had a seemingly stellar draft class. The division has seemingly been the talking point around the league for months.

The Bolts, of course, loaded up with some headline moves of their own by trading for Khalil Mack and signing J.C. Jackson in free agency.

Those big-name players will join an already talented roster that features a young franchise quarterback leading a potent offense, plus plenty of star power on defense.

I’m also new to the squad, and while I might not be as well-known as those names above, I’m absolutely fired up to be here.

I’m Eric Smith, the new Senior Writer for the Chargers.

My official job title might read something about how I’m here to lead and build out the Bolts internal written coverage of the team. And that’s true.

But here’s a better way to state it:

Our collective goal is to build off the incredible work already done here at the Chargers in video, social, editorial, photo and audio. Speaking specifically to our editorial plan, we will do our best to provide comprehensive coverage that is not solely focused on the field, but the people off of it, their incredible personalities that are here and everything this amazing region has to offer.

And, the chance to partner with Hayley Elwood is a special one. She has become a great friend over the years and is among the best in the league at what she does. I look forward to working with her and the rest of the Chargers incredible staff.

I’m not new to the NFL, as I spent the past six-plus years as the Team Reporter for the Minnesota Vikings.

It was a great run, and I am proud of the relationships I made and the work I did in purple.

This move is also one that is personally fulfilling to me, as my wife and I are both from Southern California. I grew up in Thousand Oaks and she’s from Anaheim, so the chance to raise our…