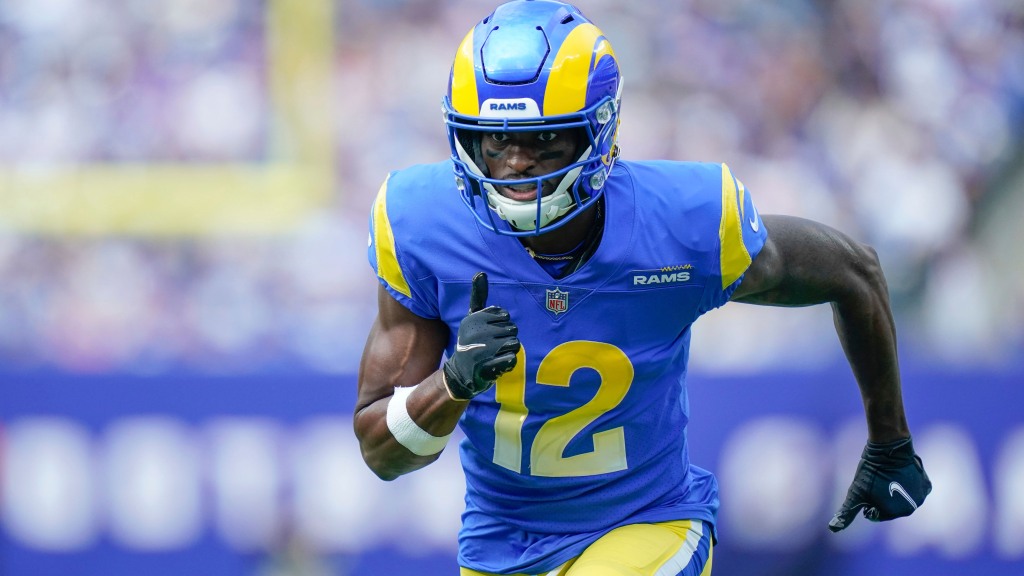 Van Jefferson underwent surgery on his knee in August and while there was originally hope he could be ready for the start of the regular season, he’s still not recovered from the injury. After missing Week 1 against the Bills, Jefferson will also miss Sunday’s game against the Falcons, Sean McVay told reporters on Friday.

McVay said Jefferson has made good progress and has looked great physically, but the team is still waiting for the green light from the training staff. McVay said on Wednesday that the team is taking it “a week at a time” with Jefferson so it’s not even certain he’ll be back on the field for Week 3.

Jefferson is the Rams’ No. 3 receiver when healthy but since he’s out, Ben Skowronek and Tutu Atwell will need to step up in his place. Skowronek caught four of 6 targets for 25 yards in Week 1, while Atwell dropped his only target of the game in the seven snaps he played.

The Rams are on the road against the Cardinals next week so hopefully Jefferson can be back for that all-important divisional matchup.