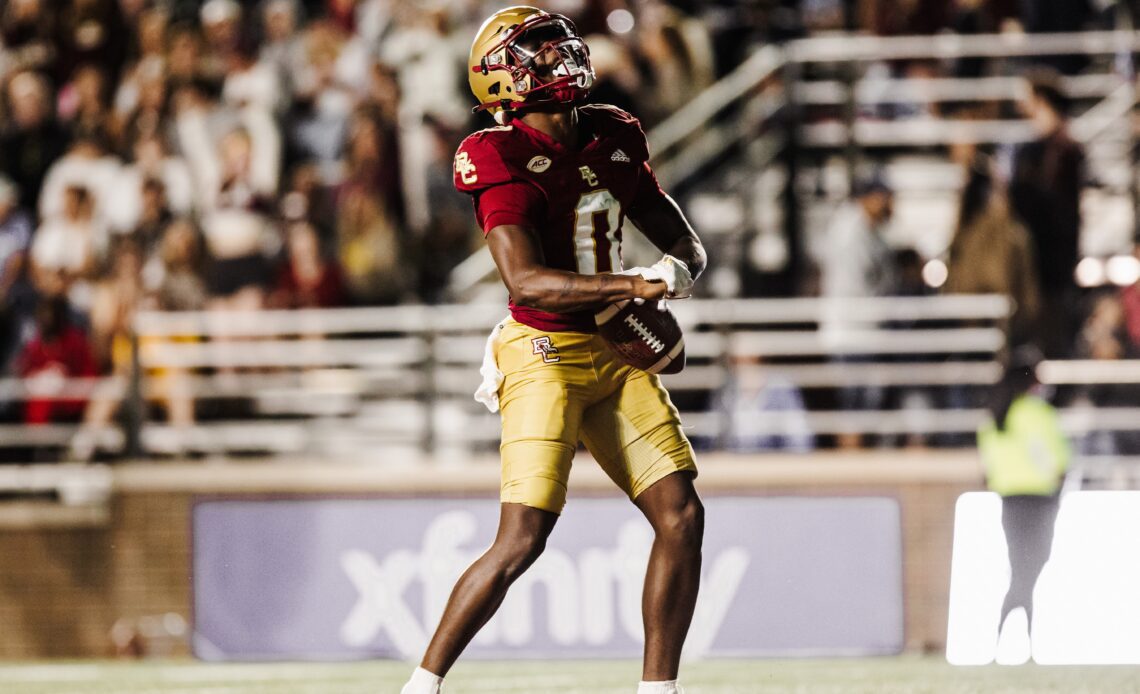 
BOSTON (AP) Phil Jurkovec completed 25 of 37 passes for 320 yards with two touchdowns to lead Boston College past Maine 38-17 on Saturday night for its first victory of the season.

Pat Garwo III had two scoring runs, Jaden Williams added one, and Zay Flowers and George Takacs each had a TD catch for the Eagles (1-2). Flowers’ was a 51-yarder.

Joe Fagnano went 21 for 43 with 289 yards passing with two TDs and two interceptions for the Black Bears (0-3).

Maine, a heavy underdog, led 10-7 in the opening quarter before BC scored on three of its next four possessions to open a 28-10 halftime edge.

Jurkovec’s 2-yard TD toss to tight end Takacs in the left corner of the end zone with just over a minute left in the opening quarter gave the Eagles the lead for good.

Williams’ 9-yard jet sweep for a score capped the ensuing drive and made it 21-10. Garwo scored on a 1-yard run with just over a minute left in the half.