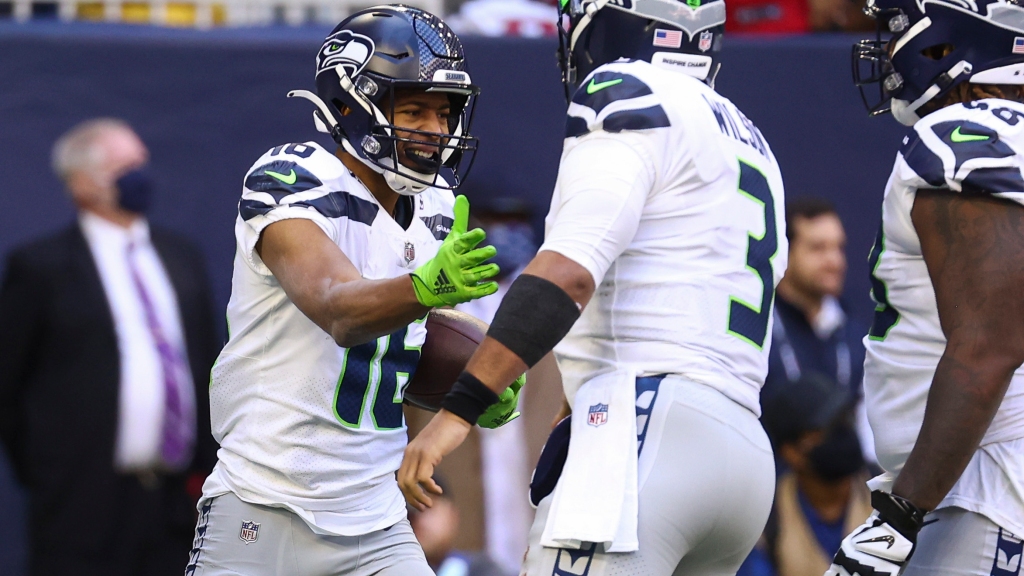 The Emerald City rejoiced after the Seattle Seahawks prevailed over the Denver Broncos in Week 1 and came away with an unexpected 17-16 victory over their former franchise quarterback. There were numerous enjoyable aspects of the win, but more can be discovered by listening to what some of the players were saying during the game.

For example, Seahawks wide receiver Tyler Lockett, who was mic’d up, knew his old quarterback’s hand signals and told a few of his teammates on defense about them.

“If you see this,” Lockett said while gesturing to rookie cornerback Tariq Woolen, “it’s a go (route.)”

Lockett has played with Wilson for seven years, so it figures that he should be familiar with some of his former QB’s signals and overall tendencies behind center.

“They got our same, same stuff,” Lockett told fellow Seahawks wide receiver DK Metcalf after a play. “I literally called it when he did this,” he said while gesturing to his arm.

Lockett was utterly jubilant along with the rest of the Seahawks sideline and home crowd when Broncos kicker Brandon McManus missed the 64-yard field goal that decided the outcome of the game.

“Change them signals,” Lockett told Broncos wideouts Courtland Sutton and KJ Hamler after the game. “I know this and I know this,” he stated while making the same arm gesture as before.

Seattle has already been written off by many as a non-playoff contender and a speedbump in the road of multiple other teams this season, but it is thrilling to witness moments that reveal that certain veteran Seahawks players still believe that the sky is the limit for the blue and green.

Hopefully, there will be more of these as the season progresses.