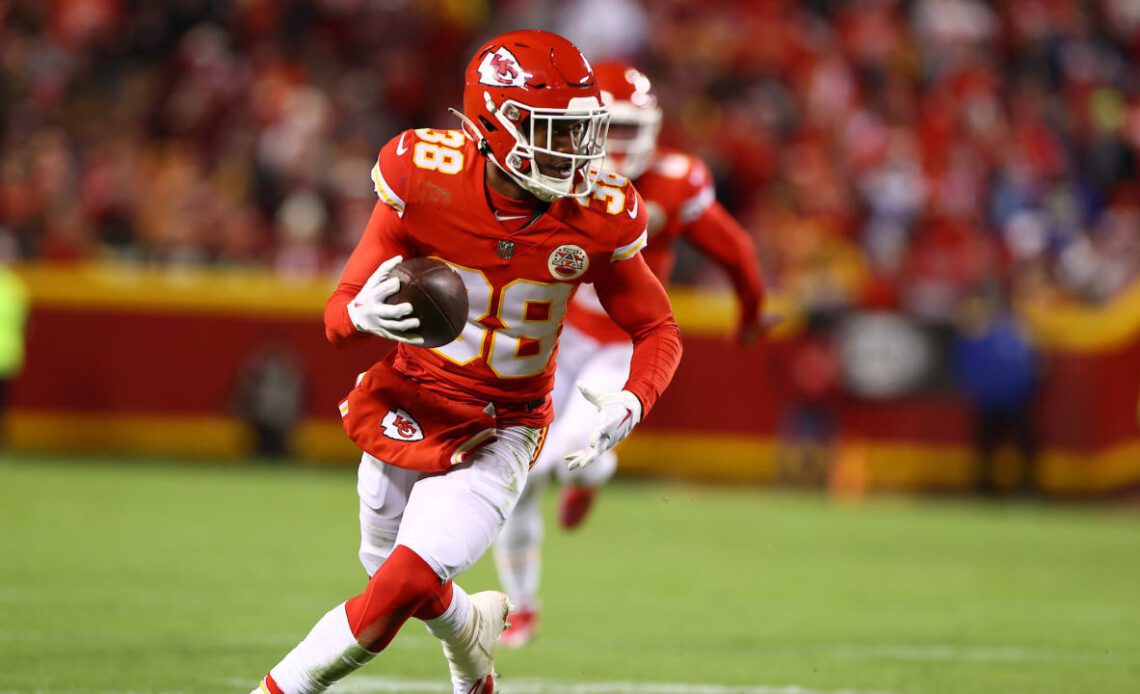 Kelce was one of 10 players to catch a pass for Kansas City on Sunday, marking the second time this season that Mahomes connected with 10+ targets for at least one completion in a game this season. All 10 of those targets on Sunday finished the game with double-digit yardage through the air.

“You get more and more comfortable [with each other] as the season goes on,” Mahomes said. “I think it makes us a better team. All of those guys have confidence that when they get in, they’re going to make a play. I’m going to give them chances, too.”

Those various targets helped the Chiefs rack up 29 first downs and 437 yards of total offense behind Mahomes’ sixth-straight 300-yard performance, but the Rams’ red-zone defense – which entered the game as the fourth-best unit in the NFL – held Kansas City to just 1-of-6 in the red zone throughout the game.

That meant a busy day for kicker Harrison Butker – who went 4-for-4 on field goal attempts – but the Rams’ strong play in the red zone allowed Los Angeles to remain within 10 points until tailback Isiah Pacheco plowed ahead for a 3-yard touchdown early in the third quarter.

The score, which marked Pacheco’s first touchdown since Week 2, pushed the Chiefs ahead by 17 points and seemed to effectively put the game out of reach for a Rams’ offense that struggled to move the ball consistently.

“I feel like we tackled pretty [well] today. Down the stretch, we were able to tackle well and force them to throw check downs – especially when they needed points at the end,” said linebacker Nick Bolton. “We stopped the run. We [allowed] one expensive run…[We] have to tackle better on that play, but – other than that – [I] feel like our front played pretty [well], and our secondary covered very well.”