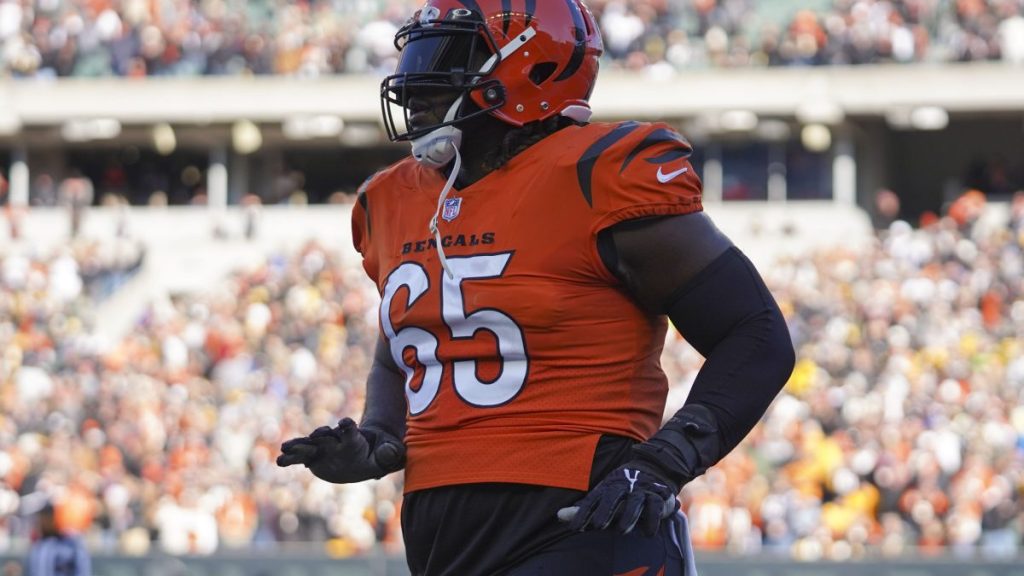 A potential free-agent addition for the New York Jets is now set to have another team on his radar.

According to ESPN’s Adam Schefter, former Cincinnati Bengals defensive tackle Larry Ogunjobi will have a free-agent visit with the Pittsburgh Steelers on Tuesday.

The ex-Bengals defender has had a rocky offseason, but in May he did take a first visit with the Jets.

That came after he inked a deal with the Chicago Bears earlier this offseason. It was a three-year, $40.5 million deal with the Bears that included $26.35 million guaranteed, but the failed physical voided the agreement.

Ogunjobi is more of a pass-rusher than a run-stopper, but he could slide in as a rotational piece alongside Solomon Thomas and Sheldon Rankins with Quinnen Williams as the other starter.

Ogunjobi, 27, spent the 2021 season with the Bengals after playing the previous four with the Cleveland Browns.

He recorded a career-high seven sacks and 16 QB hits last season before suffering a foot injury that required surgery in Cincinnati’s playoff win over the Las Vegas Raiders on Jan. 15.