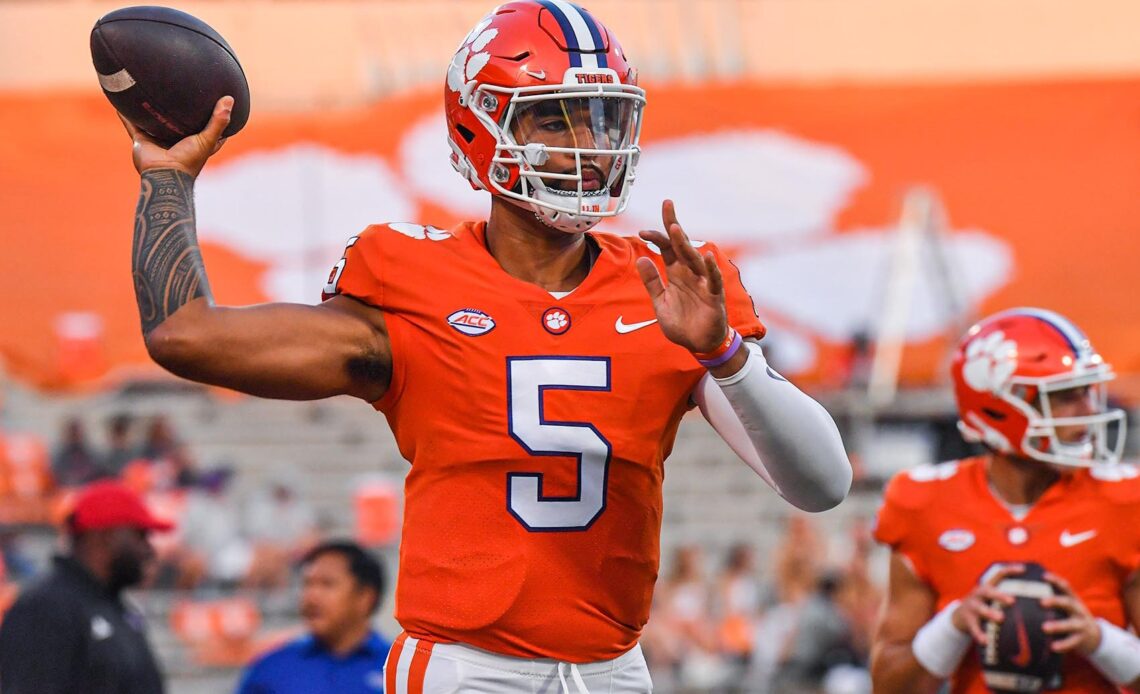 
CLEMSON, S.C. (AP) Will Shipley ran for a career-high 139 yards and two touchdowns as No. 5 Clemson took control in the second half to beat Louisiana Tech 48-20 on Saturday night for its ninth straight win.

The Tigers, who started 3-0 for the seventh time in eight seasons, shook off a sluggish first half to put away the Bulldogs (1-2) of Conference USA and win its 35th in a row at home.

Clemson, up just 13-6 at the break, took advantage of two Parker McNeil interceptions and fourth-down stop on Louisiana Tech’s desperate gamble to stay in contention — all leading to touchdowns.

Clemson linebacker Jeremiah Trotter Jr. picked off McNeil on the Tech 32 and Shipley took the next snap into the end zone. Tigers cornerback Malcolm Greene intercepted McNeil on the next series after the Bulldogs reached the red zone.

Down 27-6, Tech and first-year coach Sonny Cumbie rolled the dice on fourth-and-2 at its 33-yard line. Marquis Crosby lost a yard as he was stuffed by defensive end Justin Mascoll and linebacker Wade Woodaz.

Uiagalelei found Beaux Collins for a 32-yard touchdown pass on the next play to put Clemson up by four touchdowns.

Shipley had a 2-yard touchdown in the opening half and became the first Clemson player in records going back to 1950 with two or more TDs in each of the first three games of a season.

Clemson’s Uiagalelei passed for 221 yards and two TDs. He also rushed for 62 yards.